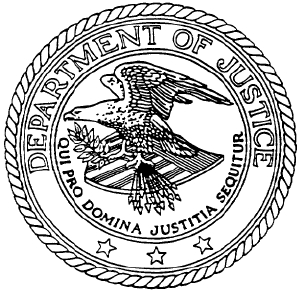 SACRAMENTO, Calif. — Roxanna Foley, 53, of Bridgeport, was sentenced today by United States District Judge Kimberly J. Mueller to 30 months in prison for embezzlement by a bank employee and ordered to pay $315,000 in restitution, United States Attorney Benjamin B. Wagner announced.

Foley worked at Eastern Sierra Community Bank (ECSB) in Bridgeport. According to the plea agreement, starting in November 2011, bank officials noticed discrepancies with the Bridgeport branch of ESCB. On March 19, 2012, managers from the bank made an unannounced visit to Foley’s branch to investigate a suspicious $90,000 transaction. After a review of the local bank’s records, officials identified $90,000 in misplaced funds, as well as $6,000 missing from Foley’s teller drawer.

During the surprise inspection, Foley admitted to taking over $300,000 from the bank. A later review of the ECSB’s accounts uncovered $322,000 in missing funds, as well as multiple electronic transactions moving money between accounts made by Foley. Official also learned that Foley had been circumventing normal banking procedures at ECSB, including single-handedly taking over all counting and auditing of ECSB accounts when dual-counting procedures were required.

At sentencing, Judge Mueller found that the loss in this case was “significant,” and that Foley “succumbed to the temptation” of having access to such funds. In sentencing Foley, Judge Mueller sought to punish Foley for her conduct and stated that a “period of time in a federal facility will serve as a deterrent” to Foley and others.

She’ll be on welfare when she gets out of prison…what are they gonna do, deduct 20 dollars a month from her food stamps ? I bet she gambled it all away at the tribal casino. AND, I hope she knows how lucky she is to be going to a federal… Read more »

What this story is missing is the terms in paying back the 315k.

I would bet the terms are not anywhere comparable to return on investment if the same bank loaned someone 315K.