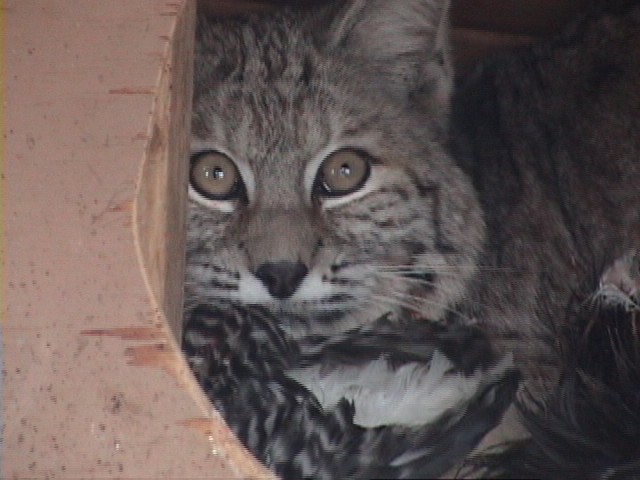 A bobcat, believed to be marauding in the neighborhood in Crowley Lake, recently ate his last meal after getting caught in a chicken coop. When SierraWaves Cleland Hoff arrived at the home, the bodies of a dozen or so prize chickens belonging to 4-H kids laid scattered on the floor of the chicken coop. Three rabbits were also killed in this incident. The bobcat had enough time to get the brightly colored chickens, but not enough time to make a clean get away.

When the door closed behind, the wildcat was caught in the coop. With the bobcat suspected in other missing animal cases over the past four weeks, along with the probability of the cats return for more if released, the animal was put down by the chicken owner.

Harvey Morse of the Department of Fish and Game said that if an animal, like the bobcat, is caught in the act of killing domestic animals, the owner can kill the bobcat. Morse said that this is state law.

We work to provide daily news to all of the Eastern Sierra, in the tradition of Eastern Sierra News Service and the Sierra Wave. We bring you daily happenings, local politics, crime, government dealings and fun stuff. Please contact us.
View all posts by News Staff →
False Alarm Triggers Terrorist Defenses
Inyo Supervisors Go “Double Blind”