At Bishop Union School District’s September 19th meeting, some in the audience were there in response to an e-mail alleging misconduct on the part of Jon Ray, the new district superintendent, and the board. 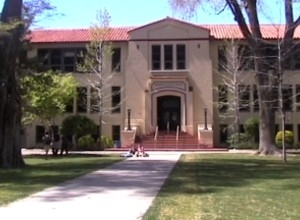 The root of the problem, as outlined in an open letter from Board President Taylor Ludwick, is underachievement. “Thirty-one percent of our students in fourth grade were at grade level; unfortunately, 69-percent were not,” the letter stated. That’s worth getting upset about, but was not included in the e-mail.

Ray’s solution was MAP testing to give teachers feedback on student performance levels and Edgenuity, an on-line learning system. According to sources, the issue was not specifically with those tools. “Using new tools isn’t necessarily a bad thing,” stated one source. “But in this case the way the super and board went about it was not ideal. They did the testing over three days without alerting the parents and they were ready to purchase the software without having any of the teachers formally evaluate it or any alternatives.”

Another source saw the marathon meeting as a cup half full. “This is a powerful opportunity to build a strong foundation of trust between our parents, community, teachers, school board and administration with the goal of providing the highest quality education for all our kids.”

There’s another BUSD board meeting this evening at 5 p.m., with only two items on the agenda: the second reading of the high school graduation requirements and communication between the superintendent and the board.

New testing of whatever sort won’t matter. Parental involvement will. Get your kids reading. Make sure they get their homework done. More books, less screen time. Pretty simple.

Seems odd to editorialize what should or shouldn’t be in the letter, while leaving out the superintendent’s financial connections to the new testing company.