A long-time operating room nurse and member of the Bishop community, Marie Boyd, stood up at Wednesday night's Northern Inyo Hospital Board meeting to read a statement that revealed what she described as many years of a hostile work place environment. 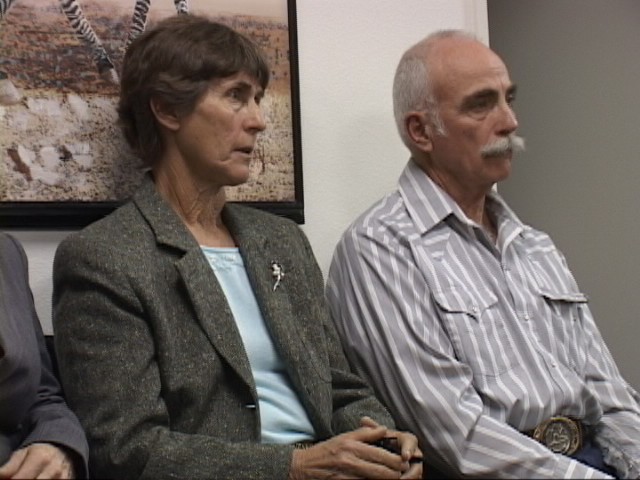 Boyd named anesthesiologist Dr. Curt Schweizer as the cause of the hostile environment. Boyd said that over a period of many years, she has been threatened and angrily harangued by Dr. Schweizer. She said, "Dr. Schweizer has established a pattern of hostile and angry behavior that's disruptive and threatening to me and other staff members." Boyd went on to say that this behavior and its effect on the entire operating room staff has been documented by the operating room staff manager.

Board members and a standing room only crowd, who reportedly showed up in support of Boyd, listened intently as she read on. Boyd said that she has worked in the operating room for 10 years with several levels of experience and certification. She said, "I want to continue working as an effective team member at NIH in the operating room, doing work that I love working with people who give me the same professional courtesy that I extend to them."

Boyd concluded by saying that she had researched the phenomenon of hostile behavior in the work place, and, "I am most definitely the victim. I'm asking you to help me, please."

Board President Pete Watercott asked for a motion to refer Boyd's grievance to the medical executive committee for investigation.

Hospital Administrator John Halfen said that Boyd's grievance came to his attention. He said he investigated it thoroughly and recommended conflict management. He said Ms. Boyd indicated that course of action was not satisfactory.

Dr. Schweizer sat in the meeting, silently, with no comment on Ms. Boyd's statement. Reports indicated that board members had received a confidential packet of information, including statements from Boyd and others describing Dr. Schweizer's pattern of behavior.

Asked if the situation described should be a concern for patients having surgery, Administrator Halfen said he does not think it has impacted patient care.