Oil executives remain under heavy fire from Congress and the American public, but prices at the pump also remain on the rise. 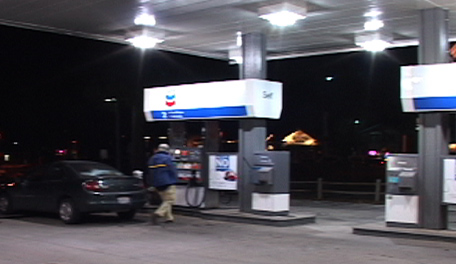 This week, Congress began to grill oil officials about their huge profits – a combined $123 billion last year – which seem to come from the backs of consumers, weary of climbing gas and diesel prices.

In fact, since Monday, independent truckers have gone on strike to protest the gouge of diesel prices, which have gone up much more than gasoline. Many independents just can't stay in business with current prices. If they pass on costs, that means product prices go up.

Diesel prices remain higher than gasoline. Internet sources say the worldwide demand for diesel fuel has increased steadily with strong demand in China, Europe and the U.S. This makes prices go up, plus the Federal excise tax on diesel fuel is 6 cents higher per gallon than the tax on gasoline.

These excuses leave truckers and other diesel customers unconvinced.

The big oil bosses justified their huge profits by saying other industries are making it big, too.

We work to provide daily news to all of the Eastern Sierra, in the tradition of Eastern Sierra News Service and the Sierra Wave. We bring you daily happenings, local politics, crime, government dealings and fun stuff. Please contact us.
View all posts by News Staff →
Low Risk Inmates: Work Instead of Jail
Charges Filed in Mammoth Animal Cruelty Case