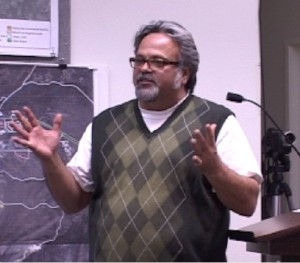 In a statement on his withdrawal, Barrett says that, I have reassessed whether I am serving my community the best way I can by running for Town Council. I believe that I can better serve my community as a planning commissioner by completing my current term on the Planning Commission.

When we spoke to Barrett by phone, he added that he believes that its better to keep continuity on the Council and the Planning Commission. With two incumbents, Kirk Stapp and Skip Harvey both running for re-election Barrett says that theres no reason for divisive races.

Barrett further explained that he filed to run before Mayor Skip Harvey officially decided to run right before the filing deadline.

In the meantime, that leaves Kirk Stapp, Skip Harvey, Chris Tolley, and Jo Bacon in the race for two seats on the Council.

We work to provide daily news to all of the Eastern Sierra, in the tradition of Eastern Sierra News Service and the Sierra Wave. We bring you daily happenings, local politics, crime, government dealings and fun stuff. Please contact us.
View all posts by News Staff →
Smash Up Leaves Motorcycle Rider Injured
New Trees For Burned Areas