Recently I was invited to dinner at couple’s home, who happen to be music lovers, in honor of a young woman, who happens to be connected to the music industry. The connection for me was the young woman, who I’ll call Amy, was involved in a terrible ski accident and was treated at Mammoth Hospital (MH). Her father makes handmade violins and cellos, and waned to donate a cello to the hospital and a local string trio for fund raising purposes. Unusual, but I decided to attend. 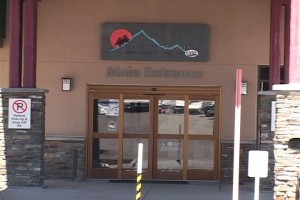 On arrival I met Amy, her parents, her surgeon from MH was there, as well as the host’s daughter who is a Rad Tech here as well. Amy immediately thanked me for having such a great hospital and the surgeon, without them she would not be around anymore. She was charming, articulate, intelligent, and showed no obvious issues from trauma only six months ago. Her mother couldn’t say enough praises about us, and her father was so grateful he had brought the hand made cello for us. When they asked me about her, I had to admit I really was not that familiar with what happened to her and had to explain that due to patient privacy, I’m on a need to know basis. The only thing I really remembered was meeting her boyfriend, who works for a large hospital construction company, and gave him contact information for individuals from his company that lived in the area. They were shocked I didn’t know the whole story! (I hear this often. For instance, at a community meeting a friend asked me how so and so was doing at the hospital. I told him I really didn’t know, and in fact I didn’t know if the person was at the hospital or not. “Wow”, he said, “don’t you know what’s going on over there do you!” )

As we sat down to dinner, the story unfolded. Amy was on vacation in Mammoth and, on her first morning of skiing, lost control and crashed into a tree going about 40 miles an hour, taking the full force of the collision on her abdomen and chest. She was taken off the mountain in a toboggan and rushed to the hospital. Once in the Emergency Department it was clear she was bleeding internally and was rushed to the operating room. There the surgeon found her liver had “exploded” from the impact, an injury that easily can be fatal. The surgeon explained that fortunately during his fellowship that he spent time with a renowned liver surgeon who taught him to ignore the textbooks and use a technique he had developed. He did, saving the patient’s life, and we all wondered what forces brought these two together on that fateful day.

Amy’s mother contributed to the story that evening as well. She lives out of state, and has perfect recall of the phone call she received from the surgeon that evening. He described that he had just seen her daughter in the Emergency Department, she had grave injuries, and that he was taking her to surgery. Knowing we are in a rural area and the hospital is small, she blurted out “YOU are taking her to surgery???” She wanted to speak with him longer but he simply said I have to go, time is crucial, and I’ll call later. The next few hours were agonizing for her, and she passed the time by making travel arrangements. She finally got that call back from the surgeon, who told her surgery was over but she needed to get there as soon as possible. It took about 24 hours for her and her husband to arrive and the worst times where when they were in the air and could not talk to her nurses. When they arrived and the shock wore off, they were amazed with the surgeon, the nurses, the staff, the hospital, and knew Amy was in good hands.

The host’s daughter also contributed to the story about her experiences that day. She was in her first month as a Rad Tech at the hospital and helped take care of Amy. She did the initial x-rays in the Emergency Department and followed her to the operating room. She pointed out that her hand was unusually swollen; an injury that was not important at the time, but later was diagnosed as a fractured metacarpal. She talked about her feelings of taking care of a young woman about her age, and was pleasantly surprised at her survival and quick recovery.

There were hugs and kisses all around the table, and Amy gave her surgeon a picture of the two of them in her room. She proudly showed us her scar, saying it was a badge of honor, and without it she would be dead. And then something amazing happened. We all retired to the living room to listen to an impromptu concert with Amy on violin and another guest on the aforementioned cello. As I sat entranced with what was happening that evening, the rad tech leaned over and said’ “I feel like I’ve gone full circle”. I wondered what she meant, and she explained that she had taken care of Amy that night when she was on death’s door, and now we were listening to an amazing concert from her and her friends. In the morning they were going paddle boarding together. It truly was an evening to celebrate.

I learned so much that evening as well. How many of us in healthcare see thousands of patients, people really, come through our organizations, many gravely ill or injured, and really don’t think about the journey they are on and the lives they have to lead. It was an eye opening experience for me, and one of the most profound evenings I’ve spent in a long, long, time. This wily veteran x-ray tech thanks the hosts for inviting me to the dinner, thanks Amy for sharing her story, and thanks the new young rad tech for driving home what was really happening that evening.

To the amazing physicians, nurses, staff, and volunteers who work at MH, thank you for all you do for our community. You all do important work and should be proud of yourselves each and every day. To all who work in healthcare in the Eastern Sierra, you make a huge impact on the lives of those you serve. Hopefully you’ll experience a “full circle” evening someday like I did. It will open your eyes!

Ken is right on the mark. I to have been to Mammoth Hospital many times for several surgeries. The hospital has top notch doctors and the nursing care is superior to anything I have seen at large hospitals in the big city. We are very fortunate to have such excellent… Read more »

Here’s a public thank you from the bottom of my heart….