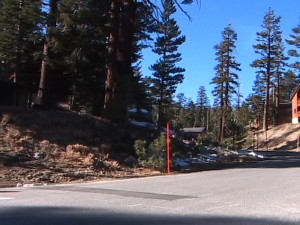 A call came into the Mammoth Police Department Thursday of a man in distress and CPR underway. An ambulance rushed to the home on Crystal Lane in Mammoth Lakes.

The man inside was transported to Mammoth Hospital with Mammoth Police escort. Details are sketchy, but it is known that the man died.

The Mono County Sheriff's Department reported that the man was 27 years old. The Coroner has taken over the case and will issue more information at a later time.

We work to provide daily news to all of the Eastern Sierra, in the tradition of Eastern Sierra News Service and the Sierra Wave. We bring you daily happenings, local politics, crime, government dealings and fun stuff. Please contact us.
View all posts by News Staff →
Old Hospital in Bishop Falls to Demolition Crews
CHP Arrests Bishop Man on Drug and Gun Charges